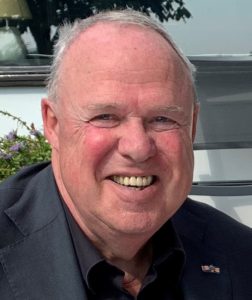 Jaap Funnekotter is a graduate of Hotelschool The Hague in The Netherlands and has been working his entire career in the hospitality industry. He started his career in the U.S.A. with the Hilton Corporation and he gained further managerial experience in several hotels in Europe and the Netherlands, domestic ones as well as international chain hotels. He also managed for a period of 10 years the hotel activities of a company in the field of health care.

Up till his retirement on 31 March 2011 he was for a period of 20 years General Manager of Hotelschool The Hague Performance Management BV, a company specialized in consulting and learning & development projects for the international hospitality industry and also non-hotel companies.

Through his own company FUNDAM Jaap provides among others advice and training for hospitality and tourism companies, but also for other types of enterprises who are interested to make hotel-like hospitable behavior part of their business strategy and then, through “professional hospitable behavior” of their staff to excel within their sector.

Jaap Funnekotter is also a popular hospitality speaker and conference chair for big audiences and smaller groups whereby he focusses at the specific needs and interests of the audience.
Jaap has been 10 years Member of the Board of Directors of The Leading Hotel Schools of the World (LHSW), an organization of independent top hotel management schools in Europe, Asia and North- en South-America.

Since March 2005 Jaap is “Honorary Professor” at the Guilin Institute of Tourism (China).

In April 2010 Jaap received by order of H.M. Queen Beatrix of The Netherlands a Knighthood in the Order of Oranje Nassau for his worldwide Learning & Development activities in the past 25 years in the hospitality sector.